For hunters and shooters striving to become a long range sniper – the Ravin R500 Sniper features an Adjustable Turret Scope taking the R500's next level innovation even further.

The new proprietary HexCoil Cam System rotates the cams an incredible 360˚, transforming traditional crossbows into some of the fastest, most accurate, and compact models ever seen. To seal the takedown – our Ravin Sniper accessory package also includes 6 premium arrows, Scope Level and Adjustable Turret Scope.

VERSADRIVE COCKING SYSTEM
The internal screw drive moves the Trac Trigger Firing System (TTFS) back and forth and an internal clutch eliminates over-cocking, allowing cocking and uncocking to be stopped or resumed at any time during the process.

TRAC-TRIGGER™ FIRING SYSTEM
A patented built-in trigger mechanism that slides forward on the rail and clasps directly to the precise center of the string every time the bow is drawn, allowing for straight-line nock travel. This unique Helicoil advantage creates a perfectly balanced draw for unmatched down range accuracy with every shot.

FRICTIONLESS™ FLIGHT SYSTEM
This patented technology allows the arrow and string to free float above the rail, eliminating friction for consistent accuracy and increased string and cable life. This unique HeliCoil advantage delivers astounding target accuracy with every shot.

SILENT COCKING
The Fully Integrated Silent Cocking System works in. conjunction with the Trac Trigger Firing System and includes a built-in one way bearing removing any noise, resulting in a completely silent draw. The cocking mechanism allows you to stop the draw cycle at any time during the cocking process. They’ll never hear you coming.

There are no reviews yet. 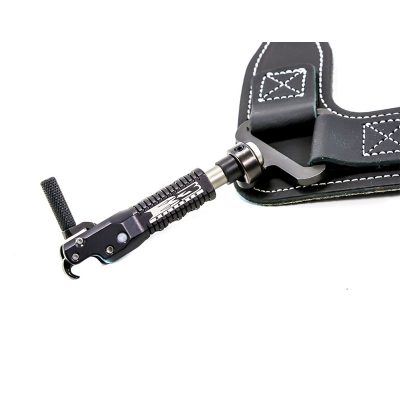